An elite racehorse, RIBCHESTER was Europe's Champion Miler at 3YO & 4YO. With four G1 wins at the mile, including the Queen Anne Stakes in record time, RIBCHESTER's 16 start career saw him start 15 times at Group Level, 11 of those at G1 level with a further six G1 placings added to his tally.

The winner of the G2 Mill Reef Stakes over 6f at 2YO, and runner-up in the G2 Gimcrack Stakes the start prior, RIBCHESTER's 3YO season featured placings in the G1 2000 Guineas and the G1 Sussex Stakes before breaking through to land his first G1 in the G1 Deauville Prix Jacques Le Marois, beating VADAMOS.  In his final start at 3YO, RIBCHESTER tackled the older horses in the Queen Elizabeth at Ascot, going down by just half-a-length.

RIBCHESTER started his 4YO season in Dubai running third in the G1 Meydan Dubai Turf before landing the first of his three G1's at 4YO - the G1 Lockinge Stakes - by an impressive three-and-a-quarter lengths, and backed this up a month later at Royal Ascot in the G1 Queen Anne winning in record time.  He came up a neck short is next start with a runner-up performance in the G1 Sussex Stakes and, landed his final G1 at Chantilly in the G1 Prix du Moulin de Longchamp.

Amongst the best to have raced in the Godolphin blue, RIBCHESTER was rated 129 by Timeform.

Retired to stud in 2018, RIBCHESTER has covered two quality books in the Southern Hemisphere with his weanlings creating quite the impression.   You can view some of them in his photo gallery. 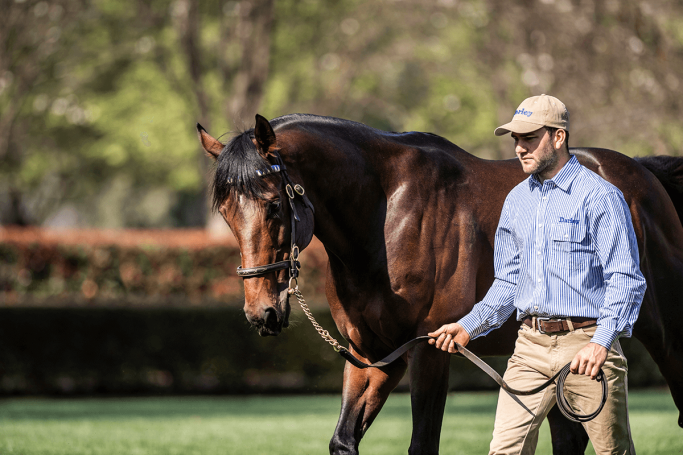 Click here to view footage and images of the stallions and some of their progeny’s feature race wins. Please click here to request a mating analysis for your mare or, if you would like Mark or Shannon to give you a call to discuss your mating plans further.